That was a tough weekend. I'm a little happy that the race got cancelled, but I'm not so happy about my first run! The conditions were really tough this year in Sölden and I didn't manage to get my normal skiing on that surface. I've always had problems going my way when there are sharp big holes on the slopes but luckily Sölden is the only race where it can get that bad. Or that's what I'm hoping! :) Coming over to the first steep I lost my line a bit, after that I just struggled holding on to it and couldn't at all just let go with a good line. So the result was bad, so was my thoughts and feeling after the run! That wasn't really what I had planned out for the day! But then I and a few other guys got a little lucky when they decided to cancel the second run and the race. So now the GS WC season starts again in Beaver Creek and that I'm looking much more forward to. Before that I think I'll ski two Nor-Am races in Aspen. Getting used to races and being in the racemode! 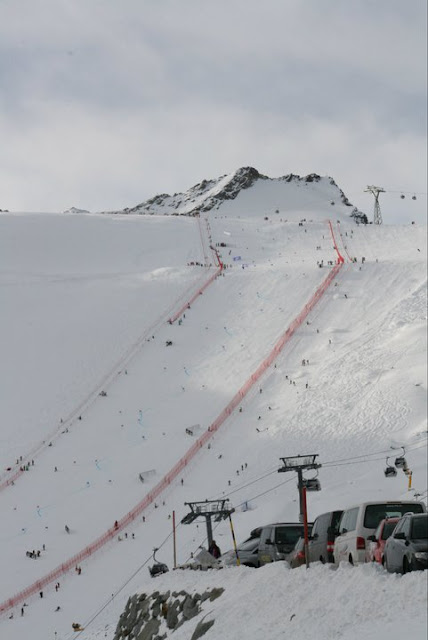 Isn't Kalle just amazing?! After such a long break from racing, and thinking about how his first week skiing looked like in Zermatt this season I really must say that I'm impressed! It was awesome to see him back on the races and I think he's going to be strong this year still. He's definitely one of the best and toughest skiers ever. It's just great having him as a teammate and good friend.

My body was quite finished after last week. Being sick and then racing in hardcore conditions is heavy so I'm recovering and resting a little the beginning of this week. Tommorrow I'll start training again and keep on until next week when we leave for Levi.  A tight few weeks of slalom coming up next!