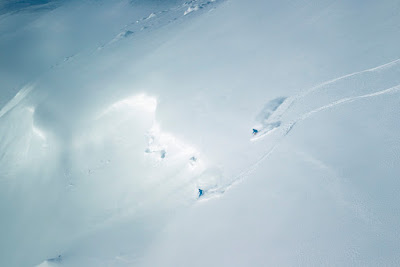 I think this pic is really cool. It was taken by Elina Sirparanta late March at Kilpisjärvi when we had a photoshoot for Halti's next winter catalogue! Julien Regnier and me cruising down Mt. Halti, the highest peak in Finland!

Awesome, hopefully next year I can do some more powder. During the season it's difficult to get the chances, but afterwards I have to plan in something! Definitely worth it.

Oh yeah, I managed to catch my first pike's for this summer! Was relaxing again to paddle around in the float tube with my friend Joe, teasing those aggressive Northern Pike's.


Summer training has been going on now for a while and it feels good!
Mare