Thoughts on the season! 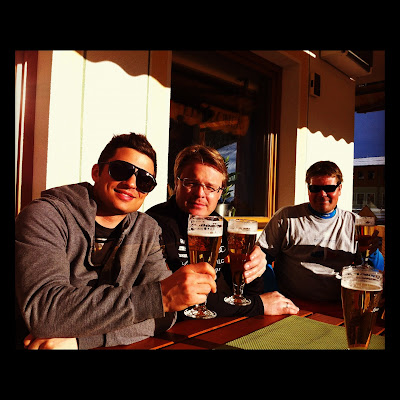 Thanks again for the season! A fan's support is very important and I highly appreciate it, it makes racing a lot more enjoyable! It was an amazing feeling to kick the ski up Cuche-Style and hear the crowd of over 30 000 cheer on Saturday!! It made at least my feeling of a bad run disappear for a moment. Didier is an amazing sportsman and I thank him for all the inspiration he gave me. I wish him all the best!

This was the best season for me so far, even though I ended up 19th in the GS cup! It was quite tight around the 15th spot and that will be my first goal for the next season, to get back in there. The highlight was of course my 5th place in Beaver Creek! I quickly found confidence in Fischer and I developed to be much faster this year and I realized that in BC. It wasn't far to get a podium and I started trying even harder for that. At the same time I started to ski straighter and making more mistakes, which then led to bad races unfortunately.The more I try, the straighter I ski. And doing that I take away some of my best abilities. So next year I also need to find the right mindset at races. Find the right amount of aggressiveness and calm so I don't go too straight but still get as much out of the turn as possible. Easy right?! 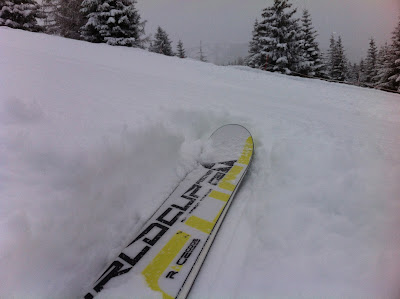 It was a long season to be the only racer, so I'm happy that Kalle is coming back. Also during training season I get too see Andy a lot more. We're then a bit bigger team and not spread out! Maybe some new youngster's can take the step up to the World Cup.

I'm in Gerlos at the moment, a nice slope close to my serviceman Ali's home here in Neukirchen. We're testing and getting in to the next years GS skis for a few days! It snowed some during the night so this morning was more powder than hard! Then it's time to be at home for a while. 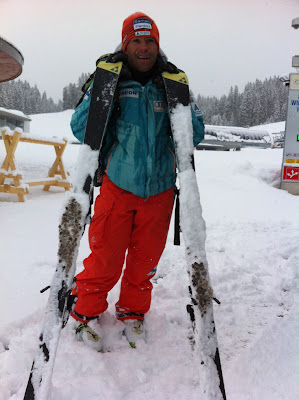