Paddling around in a Float Tube. 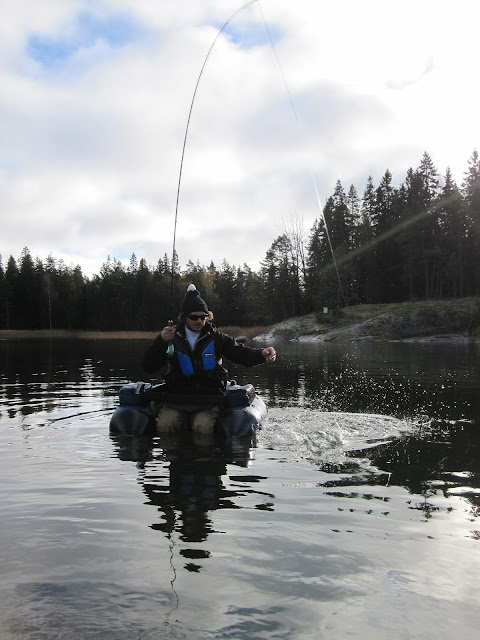 Fishing is my way to relax! It's the perfect way to get my mind off training and skiing, calms me down and just simply makes me feel good. Even better is spending good time with friends, talking nonsense and eventually catching some pike! 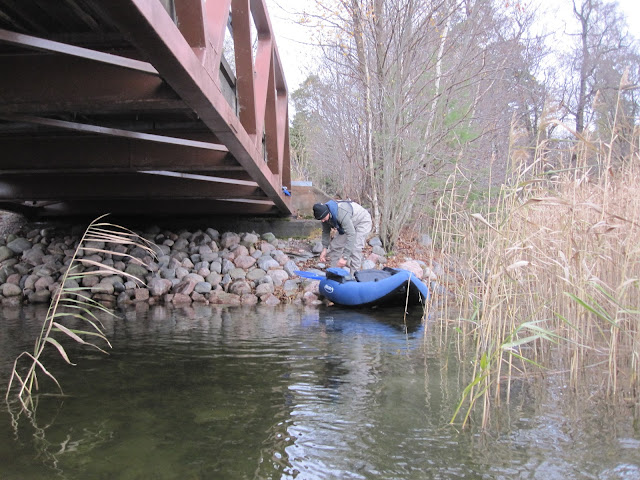 Oge getting ready for a 3h fishing 'adventure'..... 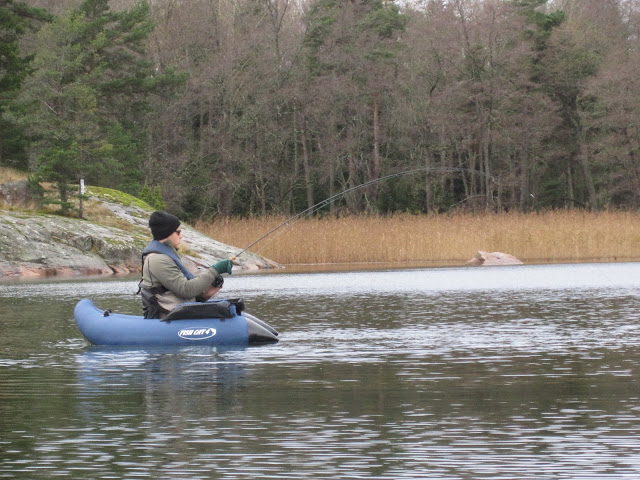 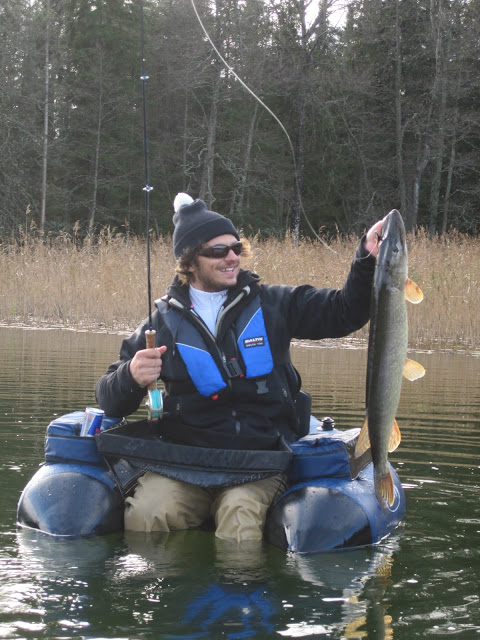 A happy fisherman after tying the score to 1-1! When fishing with my cousin Oscar we normally race about who gets the first, biggest and most pike. With him I also have a bet that after both turn 30, the one who has a smaller record pike has to pay for a fishing trip abroad for both! I was in the lead still a year ago but last October when I was in the hospital he caught a 13.9kg pike. So now I have some work to do. 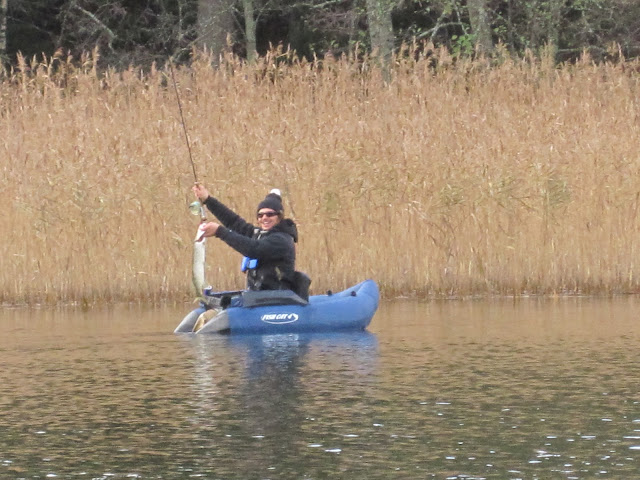 On this trip we caught 12 pike. Oge 5, Mare 7. I think I'll be able to squeeze in one or two more fishing trips after Levi before we fly to the US. Then I have to wait for next year.

Looks like we are going back to business and leaving for training again on Tuesday. Levi is getting closer and hopefully we'll be able to train on the raceslope before the race!